On Spy missions you have to hack 3 terminals. When you are in the vicinity of a terminal, you got to be careful - if you are detected by guards, drones or cameras, an alarm goes off and you then need to hack the terminal before a timer expires! For this reason it is recommended to avoid detection by either being very careful - or by using a stealth Warframe to reach the target undetected.

Notice: Even though you are undetectable while cloaked, the guards will still react if they hear nearby gunfire. Use your melee weapons or a silent weapon like a bow or throwing daggers or Ash's Shuriken ability to take out guards without making noise. Also, lasers will still detect you if you try to walk through a laser barrier - except if you are playing Ivara and using the Infiltrate augment being the exception.

Notice: On Sorties you can not use Ciphers but must hack terminals manually - for this reason I strongly recommend using the Intruder mod to get more time hacking the terminals.

Also, first time you try a new Spy mission - don't rush. Look around - there are usually more than one way to approach the mission target, you can often use either bullet-jump to reach hard-to-get places or use ventilation pipes to move around undetected. The guards will usually move in certain patterns - learn those patterns to find out when you can safely move forward. Or consider using Loki's Decoy or Ivara's Noise arrow to distract the guards to walk in the opposite direction.

What is the best Warframe for Spy missions?

For most Spy missions Loki is my favorite Warframe, as he allows me to sprint cloaked to the mission target, hack the terminals and leave quickly and undetected - you just need to keep an eye on the timer of the Invisibility ability so you can recast it at a safe spot where no cameras or guards can see you - also keep an eye on your energy and drop an Energy Restore at a safe spot when needed. Loki's Hushed Invisibility augment allow me to pick off guards from a safe distance with my sniper riffle without alarming the other guards with weapon noise. However, if you get detected by guards, you can disarm them with the Radial Disarm ability, confuse the enemies with the Decoy or quickly evade with the Switch Teleport ability.

On Sortie Spy missions I usually prefer to use Ivara instead; she is much slower when she Prowl around cloaked but she is able to remain cloaked for as long as she has energy and she can avoid being detected by laser barriers etc. which make her the safe choice. Ivaras passive allow her to detect nearby enemies and she have the ability to either put enemies to sleep or distract guards. She have two different stealth abilities, where Prowl combined with the Infiltrate augment allow her to walk through lasers undetected. She is also highly recommended for new players as her Dashwire allow you to easily reach platforms which you are having trouble reaching with your bullet-jumps.

Ash is very fun to play - especially with the Fatal Teleport augment. Ash has stronger shield and more health and also some great DPS abilities, so you do not need to rely on stealth as you do with Loki. Ash is also a good choice if you team up with a friend as his Smoke Screen will make Ash and nearby allies invisible. Ash is not able to stay cloaked for as long as Ivara or Loki, so you have to be careful when there are several guards, cameras and/or drones near the mission target.

Wisp has the ability to cloak while bulletjumping; however as soon as you touch the ground you are no longer cloaked so you need to be very careful to plan where you land with your bulletjumps in order to avoid all nearby cameras, guards or drones that can sound an alarm.

If you have not finished The Second Dream and The War Within quests yet, do not read the rest of this paragraph to avoid spoilers!
*** *** ***

If you have gained access to your Operator, you can use Void Mode (crouch) to cloak in order to avoid being detected by guards and cameras. As you gain more Focus, you can invest it in Focus talents that will allow you to move faster and for a longer time while cloaked. This means that any warframe can actually be useful on a Spy mission. Or you can quickly switch to your Operator and use Void Mode in an emergency when Loki or Ivary run out of energy with nearby guards.

Loki / Loki Prime is my personal favorite for Spy missions. He is one of the fastest Warframes and is able to sprint while cloaked, which makes him very efficient for running to the mission target while remaining undetectable by guards or cameras. Loki is also able to wall latch 10 times longer than usual, which can be very useful when trying to find alternative routes to the mission target or avoid detection by guards.

With the Hushed Invisibility augment all weapon fire is silenced; this allows Loki to use any weapon of choice without making noise - just as long as you are Invisible. I love running Loki with a sniper rifle; this allows me to cloak and pick off guards from a distance with ease without being detected.

Loki has very low Health, Shield and Armor so it is important to keep him Invisible when close to stronger enemies. Loki has decent Energy and long duration on the Invisible ability so you should not have problems protecting him by being cloaked. With a max Duration and Efficiency build Loki is able to remain Invisible for a very long time but I recommend you also equip some Energy Restores in case you run out of energy. 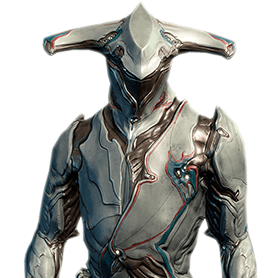 Ivara is another popular choice for Spy missions. Her Armor and Health is similar to Loki but she her shield is a little stronger. She also has more energy, but that is also necessary due to her Prowl draining energy while active. Her passive ability allows her to see enemies on the map - the detection range stacks with mods like Enemy Sense, Enemy Radar, Animal Instinct etc.

Ivara's Dashwire Arrow ability is also very efficient in certain Spy missions where a failed bullet-jump could trigger an alarm.

Ash is not able to cloak for as long as Loki and is not as versatile at stealth gameplay as Ivara; however, with the Smoke Shadow augment the Smoke Screen ability will cloak not only Ash but also nearby allies.

Where Loki and Ivary focus on stealth gameplay, Ash allow you to use stealth when needed (for a short duration) but he can also fight his way though enemies. His Teleport ability with the Fatal Teleport augment is a great way for quickly teleporting to an enemy and killing him with a powerful finisher.

If you find Loki and Ivara a little boring and want some more action while still being able to cloak when there are too many guards or security cameras, then Ash is a great choice.

Hint: If you equip the Shade companion (which cloaks you when enemies gets too close) you can use the Shuriken ability to take out guards without breaking Shade's cloaking.