Limbo is one of the best Warframes for defence mission - perhaps the best. With a combo of  the Cataclysm and Stasis abilities Limbo can not only protect a mission target and team mates against damage from enemies outside the Cataclysm rift, the Statis ability will freeze any enemies that try to enter the Cataclysm. While inside the Cataclysm Limbo will passively gain energy, preparing him for casting another Cataclysm when needed.

Limbo is also great for speed-running solo missions, where he can simply roll into the Rift plane - inside the Rift plane he can not be damaged from any enemies in the physical world. He can simply run by all enemies without even caring about them; when he reaches the mission target he can cast Cataclysm + Stasis to protect the area and kill any nearby enemies.

When you are inside the Rift plane the graphics will change - the colors look more dull and the rendering looks sort of "cartoon-ish". So you can easily see if you are in the real physical world or inside the Rift.

Limbo can be very confusing for new players; The Rift plane is sort of like a parallel dimension where you can see NPC's and objects out in the physical world but you can not interact with them and vice versa. Enemies in the physical world can not damage you and you can not shoot them either. Nor can you hack a terminal or pickup loot. Also, each time Limbo rolls into the Rift plane, he will leave behind a small portal - any ally running close behind Limbo is likely to also enter the Rift plane, which can be confusing for new players. However, allies can simply leave the Rift plane by performing a roll (default Shift) or backspring (default Right-Mousebutton + Shift + S).

How to get Limbo

Blueprints are rewarded from The Limbo Theorem quest, which is available after you complete the junction from Jupiter to Europa; you must also have an Archwing in order to start the quest.

Alternatively you can buy blueprints from Cephalon Simaris for 50.000 syndicate standing.

Blueprints for Limbo Prime can be farmed from void relics. Check the Codex on your Orbiter ship for details on which relics to farm - or check the Wiki. 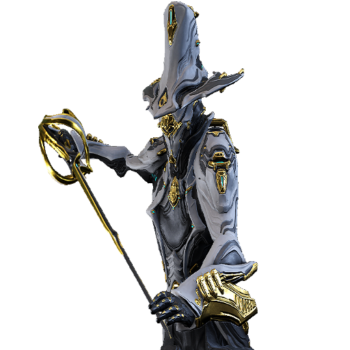 Augment: Rift Haven will restore 25% health to allies Banish'ed to the Rift plane.

2: Stasis will freeze all enemies inside the Rift plane (either Banish'ed or inside the Cataclysm range).

The duration can be modified using Ability Duration mods.

Augment: Rift Torrent cause Limbo to deal 30% extra damage for each enemy affected by the Rift Surge (only while inside the Rift).

Augment: Cataclysmic Continuum will increase the duration for 1 sec for each enemy killed.

I use this build when searching for Ayatan treasures, Syndicate sculptures or Orokin caches. Just run around and spam Cataclysm to break containers and run nearby to loot them. Look at the map - if there are any nearby container symbol (white rectangle) on the map remaining after you have picked up all the destroyed containers, then it is likely an Ayatan treasure, Syndicate sculpture or Orokin cache. If there are no more white rectangles within range on the map just move on and spam Cataclysm again as you approach more containers.

Also make sure to equip a companion with some radar range mods, e.g. Animal Instinct or better yet Primed Animal Instinct + Vacuum to loot the broken containers and thereby clearing the map.

This build is great for Defence missions, where you just need to remain stationary inside your Cataclysm buble and use Stasis to freeze nearby enemies, while you finish them of nice and easy.

This build don't have any Health/Shield/Armor mods so you need to rely on using Limbos ability to avoid damage by staying in the Void plane - roll to get into the Void plane and sprint to the mission target, then cast the 2+4 combo: Stasis + Cataclysm to freeze all enemies that try to enter your cataclysm. Kill the enemies as they get frozen but remember to keep an eye on your Stasis and Cataclycm timers and be prepared to recast when they time out or whenever you can safely recast them.

Notice that Limbo passively gains energy while staying in the Void plane (e.g. inside the Cataclysm) so you should not have any energy issues - just spam the 2+4 combo when needed.

This build is also recommended for Riven Challenges, where you need to finish a Defence mission without the mission target taking any damage.